Learning Through The Arts are excited to announce another run of ‘After The Storm’, a play which deals with racial tensions in post First World War Britain to shed a light on these untold stories.

Set in 1919.  Madu returns from the Western Front with fresh hopes and expectations, but life takes a completely different turn. After The Storm, is a story of one man’s quest for survival and posterity, characterised by selflessness, determination and fortitude.

The play will be held in two venues: The Watford Pumphouse and The Limelight Theatre in Aylesbury in October 2019. 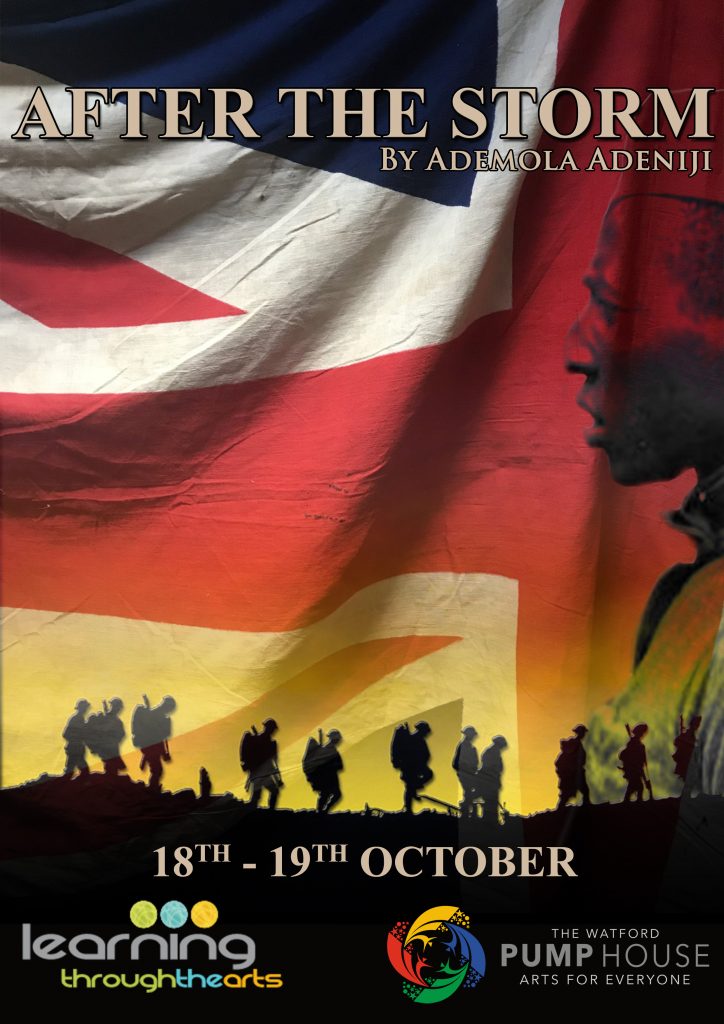 Learning Through The Arts worked with freelance director Sally Barnard to audition over 20 people for the roles required in the play. An amazing array of talent was shown to pick the perfect actors to play the roles. A huge well done for all those who auditioned!